When I suggested to my husband that we were doing a family costume for my niece’s Halloween engagement party, he wasn’t too keen. But when I said it would be Toy Story themed costumes, he came around.

It doesn’t matter if you’re young or old, most people love the Toy Story franchise. We grew up watching them when we were young and our kids have enjoyed seeing them too.

While Halloween is not a huge event here in Australia still, it is becoming increasingly popular. So this was our first attempt at a family Halloween costume.

However, these costumes would also be a fun extra touch for a Toy Story birthday party.

The best part was that we made 3 of the costumes ourselves. My husband chose to purchase his Woody cowboy costume, rather than go for a DIY alternative. Maybe he doesn’t trust my costume making skills.

In the end, I think ours looked far better than his store costume anyway!

Check out our Bo Peep, Jessie the Cowgirl and Toy Story Barbie costumes. Each of these 3 costumes was DIY Halloween costumes we made at home. Scroll down to see what costume Simon wore and other ideas for expanding your Toy Story family costume. 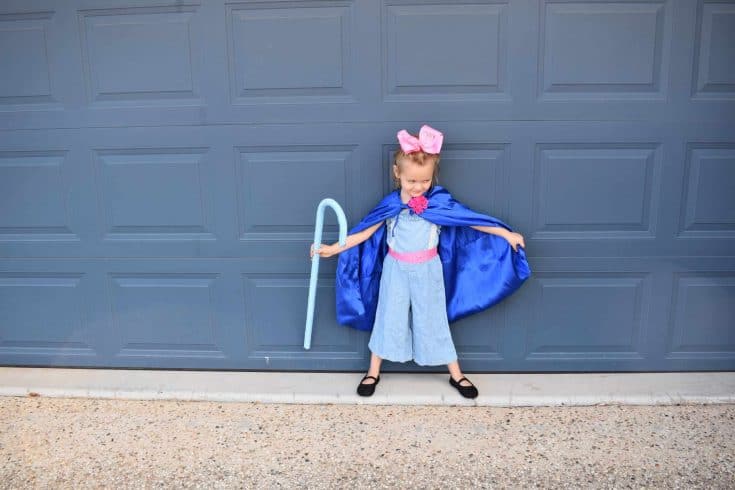 As one of the stars of Toy Story 4, Bo Peep is a popular costume for girls who want an empowered female role model. We had so much fun putting this costume together for our youngest daughter. 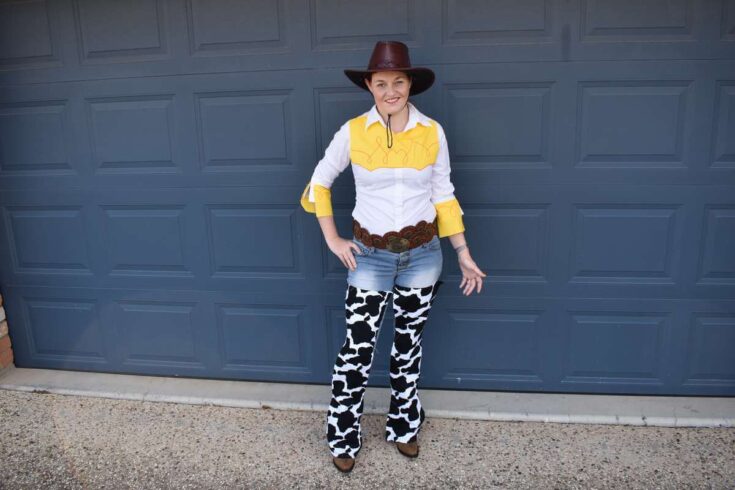 My Jessie costume was so easy to put together since it only required a few short term adjustments to my existing wardrobe... and a discount store cowboy hat.

For a costume that works beyond Toy Story theme, this Barbie costume was an inexpensive and simple option to put together for our eldest daughter. She is a girly girl, so she adored her Barbie style.

Our Toy Story family costume was definitely missing some key characters. Buzz Lightyear, for example! We couldn’t convince the extended family to join in.

However, if you do have a larger family or dressing up with a group of friends for Halloween, here are some cool pre-made Toy Story outfits to complete your group costume:

These kid’s costumes are downright adorable and they will no doubt love dressing up as their favourite toy character!

These fancy dress costumes for adults include the Woody costume Simon wore for our family costume.

Family Halloween costumes are a load of fun and are often the stand out of any dress-up party! However, if you are doing an elaborate family costume, like our Toy Story one, it can get expensive.

Here are my top tips for keeping your costs down and keeping the whole family happy: